Arts Magazine was a monthly  magazine devoted to fine art. It was established in 1926 and last published in 1992. It was originally called The Art Digest and was earlier published semi-monthly from October to May and monthly from June to September.


It was later renamed Arts and finally, Arts Magazine. Its offices were in New York City and it was last published by Art Digest, Co 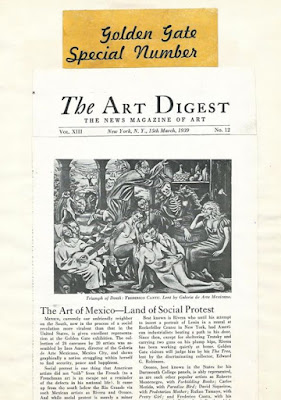 This work was donated by MacKinley Helm  to the Philadelphia Museum
Publicado por boart en 16:30 No hay comentarios: